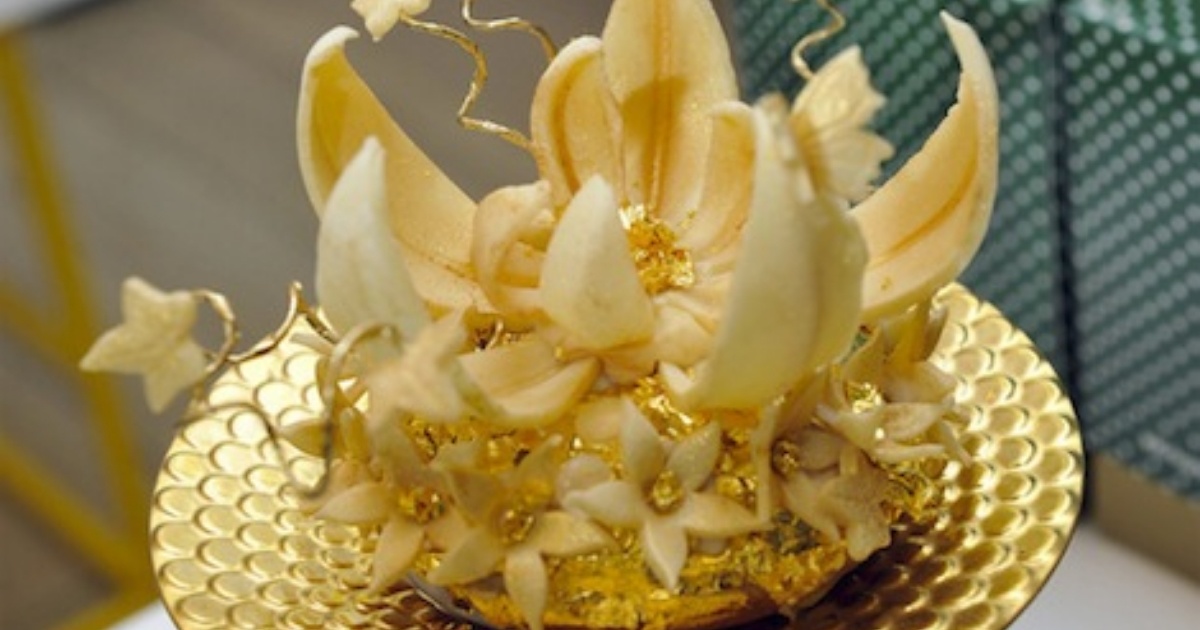 After writing about the $750 Golden Cupcake I decided I just had to see what other high-priced pastries and expensive desserts were being created in the world.  Some of the ones I found weren’t too surprising… they were basically the normal dessert dishes but with gems, expensive alcohols, or edible gold added to them to increase their value and prestige.

I have to admit though – I did not expect to find this Krispy Kreme Lux!

Meet the most expensive doughnut in the world!

Yup – the most expensive doughnut in the world isn’t put out by some award-winning, internationally celebrated pastry chef.  It’s created by none-other than everyone’s favorite neighborhood doughnut factory – Krispy Kreme.

Their Lux doughnut sells for an amazing $1685 USD!  That makes it the most expensive edible doughnut in the world.

This thing is definitely not the normal treat you eat by the dozens out of a white box.  It is filled with a Dom Perignon 2002 jelly, topped with 24-carat gold leaf, adorned with gold-dusted white chocolate lotus flowers, and even features edible diamonds!  And because that’s not enough, it’s served with a cocktail that is made from raspberry and passion fruit syrup, Couvoisier Cognac, and more Dom Perignon 2002.

While normally I can’t wrap my head around why someone would pay so much for a dessert, at least in this case, a portion of the money raised from the sale of this extravagance is donated to The Children’s Trust, a charity for children with brain injury.

TAGS: a, dessert, doughnut, expensive, kreme, krispy, meet, this, worth
Share on: